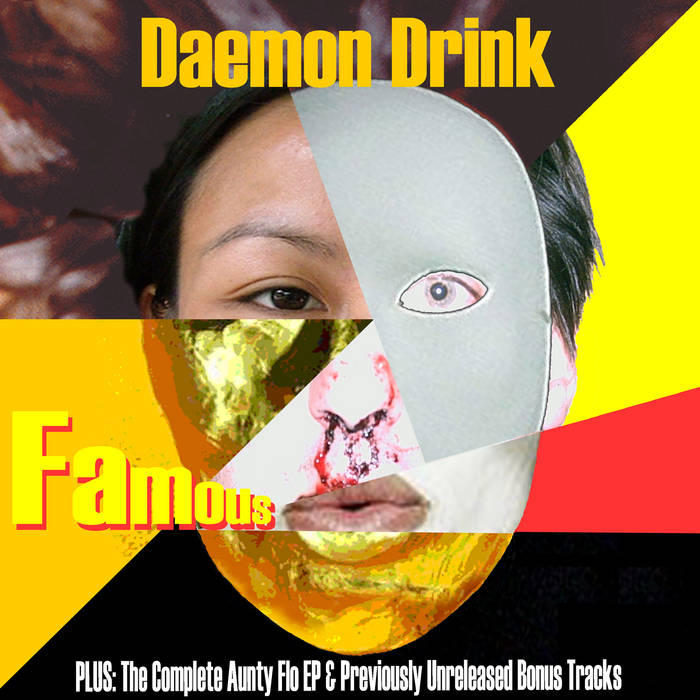 The 'Famous' single is Daemon Drink's first foray into the world of commercial Pop.

Also included in this package is Daemon's earlier experimental work The Aunty Flo EP - plus a number of bonus tracks.

Advisory Note:
Track 9, The Devil Didn't Make Me Do It, I Just Wanted To, is recommended for adult listeners only It includes references to extreme violence and sexual abuse, and may be disturbing to some listeners.